Together, We’re Responsible For Our Nation’s Resources

Our quality of life, outdoor heritage and prosperity are tied to the health and sustainability of our fish and wildlife.
Take Action 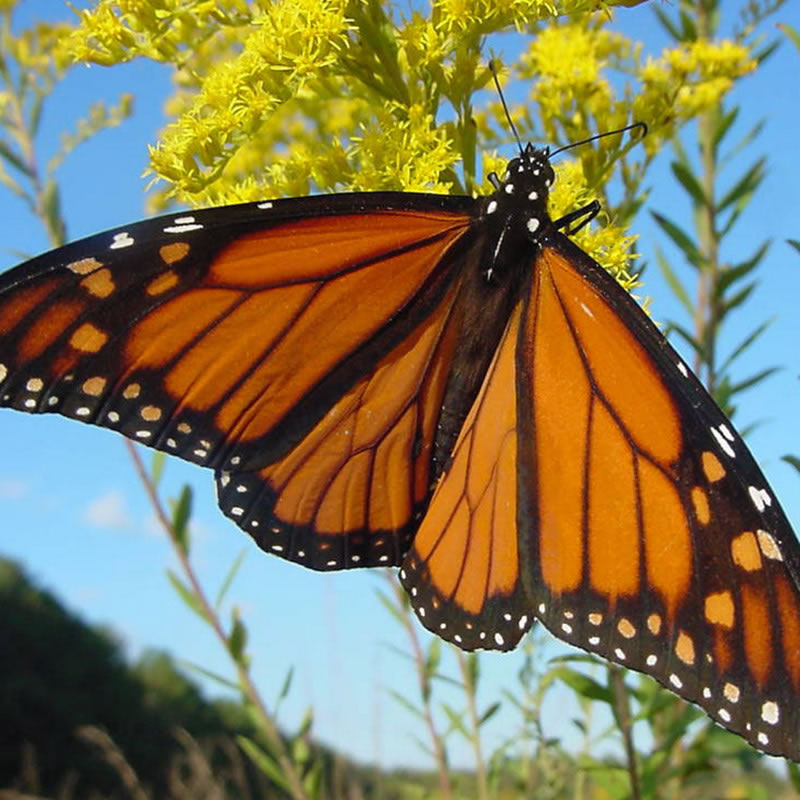 What Is the Alliance for America’s Fish & Wildlife?

The Alliance for America’s Fish & Wildlife’s purpose is to create a 21st century funding model for much needed conservation of our most precious natural resources, our fish and wildlife.

A lot is at stake if we don’t act soon. Every American benefits when we have healthy and accessible fish and wildlife.

We need to start down a new path where we invest proactively in conservation rather than reactively. We invite you to join us in our quest to advance a 21st century vision for conservation of our valuable natural resources.

What It Costs to Have Healthy Fish & Wildlife

Our Alliance seeks to keep 12,000+ species from becoming endangered.

The purpose of our Alliance is to provide funding to conserve the full array of fish and wildlife and their associated habitats. Over 12,000 fish and wildlife Species of Greatest Conservation Need were identified nationwide including many well-known species such as Atlantic sturgeon, bog turtle, northern leopard frog, Louisiana black bear and greater sage grouse.

Children spend over 50 hours a week in front of an electronic device.

At the same time as people have become more urban, plugged-in, and over-scheduled, time spent in nature and the outdoors has significantly declined. This lost connection to nature denies significant physical and mental benefits to many Americans and threatens the relevance of state fish and wildlife agencies.

How Our Wildlife Is Currently Funded

Congress requires each state and U.S. territory to develop a State Wildlife Action Plan – a proactive, comprehensive conservation strategy which examines species health and recommends actions to conserve wildlife and vital habitat before they become more rare and costly to protect.

For nearly 80 years, hunters and anglers have provided critical funding for state-based fish and wildlife conservation and increased funding will complement and augment their contributions. Existing hunter and angler sourced funding and the programs they support will not be affected.

State license fees and federal excise taxes help, but are not enough. There just is not enough money in the budget to implement these plans and that leaves our states without the ability to conserve all fish and wildlife. 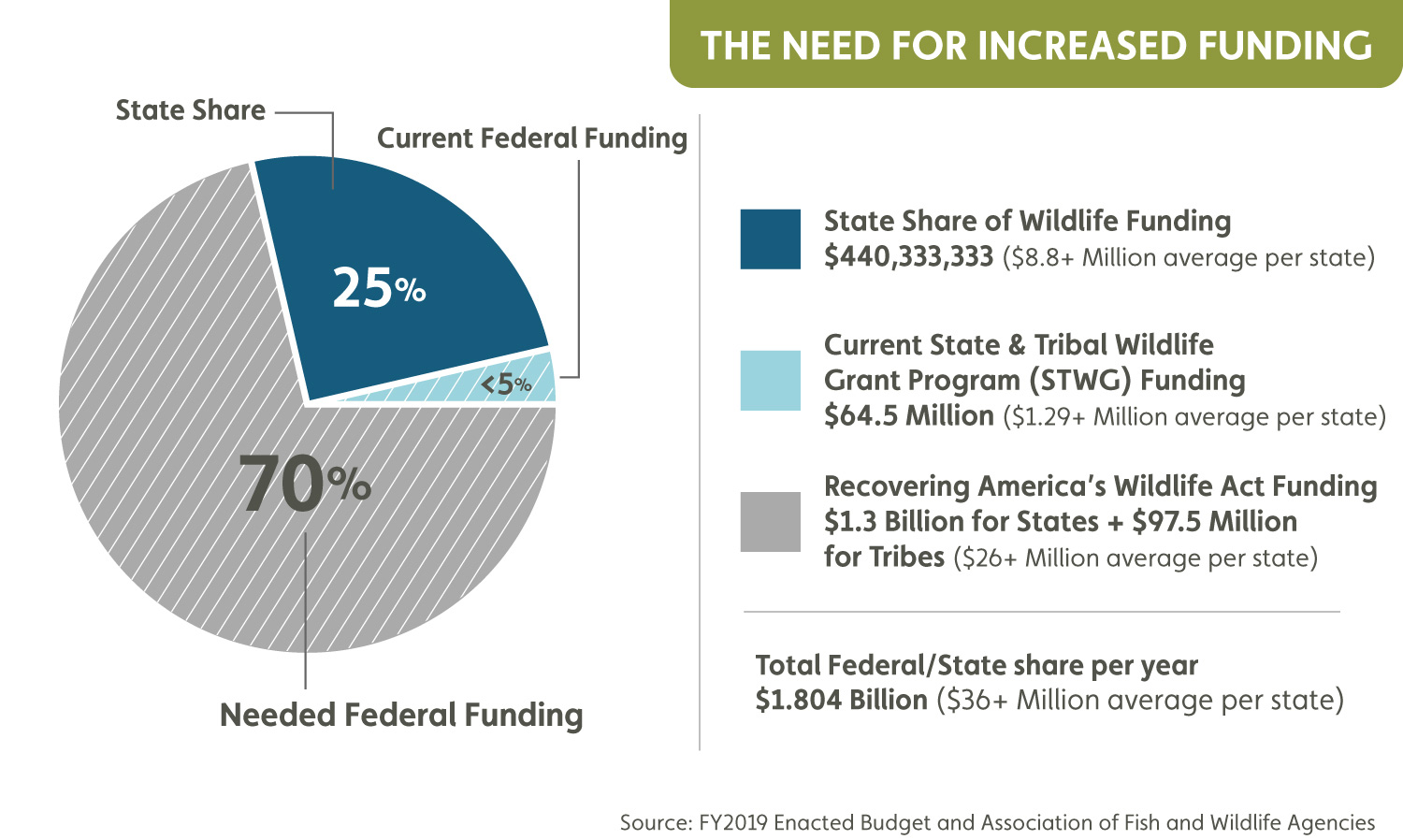 State and Tribal Wildlife Grant Program funds are disbursed to states for approved grants at a maximum federal share of 75%, a great step above what was previously provided for conservation of fish and wildlife. However, the current grants program is funded at only a fraction of what states need to conserve the species of greatest need.

A national survey determined that each state needs an average of $26 million in new funding annually ($1.3 billion collectively) to effectively implement State Wildlife Action Plans to prevent species from becoming threatened or endangered. Current funding through State and Tribal Wildlife Grant Program funds only reaches a national total of $60 million on average, a shortfall of more than $1.2 billion annually.

States would be required to provide at least 25% in nonfederal matching funds. The source of match can be monetary or in-kind contributions originating from state or local governments or private entities such as conservation organizations, universities, businesses, private landowners, or volunteers.

The bipartisan Recovering America’s Wildlife Act establishes a 21st century funding model for the proactive conservation of fish and wildlife. The bill will redirect $1.3 billion in existing revenues to state fish and wildlife agencies to implement their science-driven wildlife action plans, and an additional $97.5 million to tribal wildlife managers to conserve species on tribal lands and waters. This funding will ensure those with a proven track record of success in species conservation and recovery can conserve at-risk fish and wildlife in a voluntary, non-regulatory manner.

Please join our quest to advance a 21st century conservation funding model by asking your Member of Congress to co-sponsor the Recovering America’s Wildlife Act.